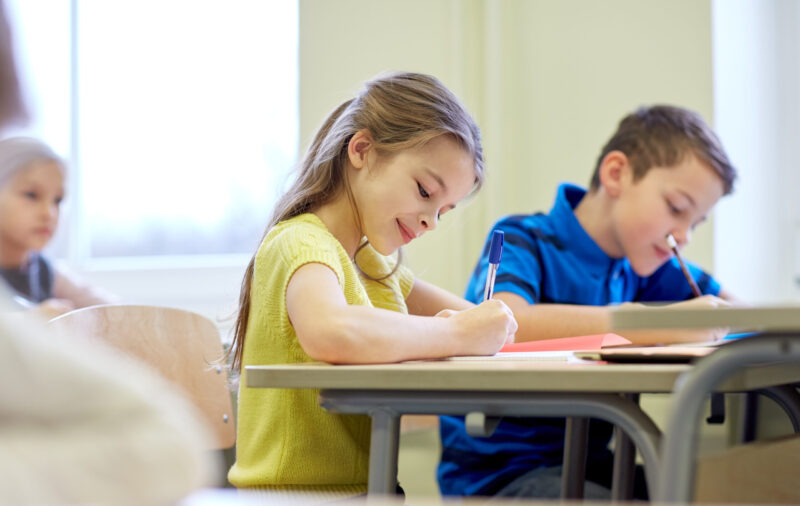 While grammar is arguably one of the most important subjects to master, it is also one of the most overlooked. In this modern age, most computers and cell phones are outfitted with built-in grammar tools and spellcheck, all but negating the need to proofread for grammatical blunders. Still, knowing how to properly use these words on your own will elevate the professionalism (and speed) of your writing. Let’s take a look at some of the most commonly misused words in the English language.

“Their” is a possessive adjective used to show ownership. Their teacher took attendance.

“There” can be an adverb used to show location, a pronoun, or interjection. There is the park. We go there every Saturday. There, there, don’t worry.

“They’re” is a contraction of “they are”. They’re on their way to school.

“Your” is a possessive adjective used to show ownership. Your book is on the desk.

“You’re” is a contraction of “you are”. You’re going to be late for class.

“Could have”, “Should have” and “Would have” are sometimes called “modals of lost opportunity” because they describe things a person might have done, but didn’t. I could have studied for my math test, but I watched TV instead. I should have studied. I would have gotten a better grade.

This one’s simple: “Could of” is never, ever correct. However, this is a common mistake caused by the sound of “could have” in its contraction forms:

“Two” is a number. Two plus two equals four.

“To” is a preposition. To some, grammar can be confusing, but it isn’t difficult to understand if you take the time to learn it.

“Too” is an adverb meaning “also” or “excessively”. He stays up too late on school nights. His sister does, too.

“Its” is a possessive adjective used to show ownership. The dog wagged its tail.

“Than” is a conjunction used to introduce an exception or make a contrast. She would rather be spontaneous than plan ahead.

“Then” is an adverb that means “at that time” or “in that case”. If you can’t come over here, then I’ll go to your house. We can brainstorm ideas first, and then we can write our essays.

“I” is a subject pronoun. It belongs in the subject of a sentence. My sister and I each picked out a new backpack.

“Me” is an object pronoun. It belongs in the predicate of a sentence. My mom took my sister and me shopping for school supplies.

Oof! That sounds wrong, but trust us, it’s correct.

When in doubt, remove the other person’s name (e.g. “my sister”) out of the sentence and see if it still makes sense. My mom took I shopping for school supplies…? That sounds ridiculous!

“Who” is a subject pronoun. It belongs in the subject of a sentence. Who made these delicious cupcakes?

“Whom” is an object pronoun and refers to the object of a verb or preposition. To whom was the letter addressed?

When in doubt, replace “who” with “he”, or “whom” with “him”, and see if it still makes sense. He made these delicious cupcakes. The letter was addressed to him.

“Whose” is a possessive pronoun used to show ownership. Whose pencil is this?

“Who’s” is a contraction of “who is”. Who’s auditioning for the school musical?

“Allot” is a verb meaning “to give or apportion”. Equal time to take the math test was allotted to each student.

“A lot” means “many” or “to a great extent”. She read a lot of books last year. It takes a lot of focus to learn a new language.

“Affect” is a verb that means “to make an impact”. Consuming caffeine late in the day can affect your sleep.

“Effect” is a noun and means “the result of an action”. The emotional film had a lasting effect on the audience members.

Still confused? It’s okay. Learning to use these similar-sounding words can be tricky, but with a little practice, you’ll be writing like an Egghead in no time! Let us know in the comments which of these words are the most challenging for you to remember.

About The Eggheads Blog

Looking for even more resources for your student? Look no further. Our blog provides tips and tricks to help them get the most out of learning.

How to approach tough math word problems? Tips for a better night’s sleep before a test? You’ll find all that, and more, here on the blog! Enter a keyword in the search box below to explore our archive.